This part of the Energy Efficiency Manual shows how to lower the cost of air conditioning by limiting the entry of unwanted sunlight into buildings through glazing. In warmer climates, reducing the cooling load is the most important energy conservation measure related to windows, skylights, and other glazing, formally grouped under the heading of “fenestration.”.

Design of glazing should integrate the technical selection of windows and skylights, atriums, and other glazing units with important architectural issues, including view for the occupants, building appearance, daylighting, and passive solar heating. Here you will learn to deal with all these issues.

Ironically, the most important aspect of solar energy for many buildings is keeping sunlight out. Since the advent of modern architecture, with its vast expanses of bare glazing, designers have failed to deal effectively with the enormous increase in cooling load that is caused by such design. The air conditioning load caused by entry of sunlight through glass typically is the largest cause of high air conditioning cost in commercial buildings. In recent years, electricity demand charges have risen steeply as utilities seek to avoid building new power plants. Even in northern climates, heat gain through glass may cause a large fraction of annual energy costs, especially in heavily glazed buildings.

Many methods are available to reduce solar heat gain in virtually all types of buildings. The most powerful methods are based on shading. Exterior shading methods include parts of the building structure, including balconies, eaves, soffits, window insets, and other architectural features. External shading devices include awnings, louver materials, horizontal shelves, and other types of shading in almost unlimited configurations.

Interior shading devices include venetian blinds, roller shades, draperies, louver blinds, diffusers, and a variety of other techniques that are classed as “window treatment.” Some shading devices are built into windows.

Plastic window films can be attached to existing windows to reduce solar heat substantially, as well as providing other benefits, such as breakage resistance. The ultimate shading technique is to reduce the area of glazing, which can done in existing buildings as well as new construction.

Windows, skylights, and other glazing should be selected to reduce both heating and cooling energy consumption. Selection factors involving the glass include the number of panes, the gap between panes, color, low-emissivity (“low-E”) coatings, visible light transmission, infrared heat transmission, and breakage resistance.

Selection factors involving frames for windows and skylights include frame materials, the insulating properties of the frames, thermal breaks, insulating gases, and seal reliability, frame durability, and resistance to rain leakage. The ability to open windows is very important in many applications. Openable windows are compared, including sliding windows and double-hung windows, and various configurations of hinged windows, including awning windows, casement windows, and hopper windows. 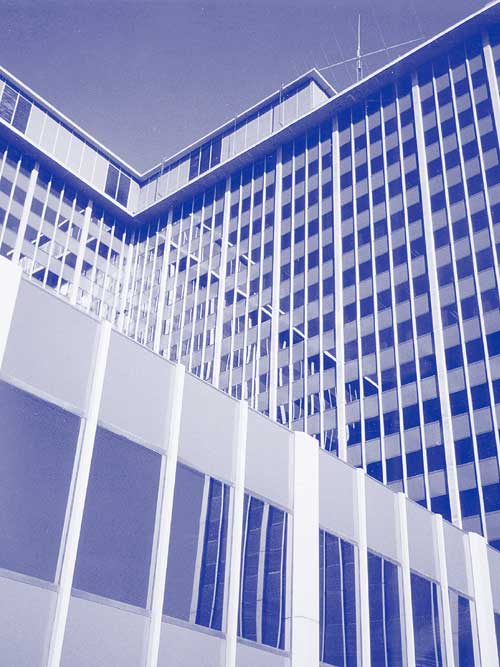